Four things businesses can do to fix the plastics problem

It only took half a century for plastics to move from being a symbol of modern domestic bliss to becoming a magnet for derogatory adjectives. As 8 million tonnes of the material enter the ocean each year, the big question now is how to reconcile plastic’s undeniable functionality with a system that can work long-term, avoiding loss of material value and environmental consequences.

Packaging is plastics’ single biggest application globally and impacts our lives on a daily basis. Over the past half century, we have moved from reusable solutions to disposable, single-use items. Meanwhile, the recycling system hasn’t kept pace: today just 2% of what gets put on the market is turned into new packaging.

Yet there are encouraging signs that both governments and industry are embarking on a radical transformation of the take-make-dispose current plastics system towards one that’s circular by design. 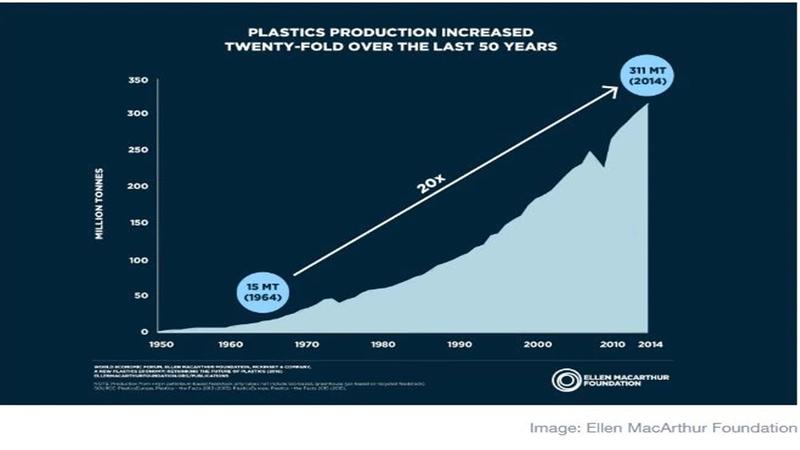 Just in the last few weeks, the European Commission announced its plastics strategy, France made the ambitious commitment to recycle 100% of all plastics by 2025 and the UK announced a 25-year environment plan with a major focus on moving away from the throw-away plastics culture. Dozens of other regulatory measures have been introduced by cities, countries, and international institutions across the world over the past months.

Industry is also taking action. At last year’s World Economic Forum meeting in Davos, Unilever pledged to use 100% reusable, recyclable or compostable plastic packaging by 2025. At this year’s meeting, the Ellen MacArthur Foundation announced that 10 more leading brands, retailers and packaging companies have made a similar commitment, with some also aiming for ambitious recycled content targets.

These are all clear signs of growing momentum towards a solution. Yet in order to kick the plastics system into the 21st century, we need even more action by key actors within the system. Businesses, in particular, could do four things to accelerate the shift towards a circular economy for plastics, keeping them as a valuable material in the economy and out of the ocean. 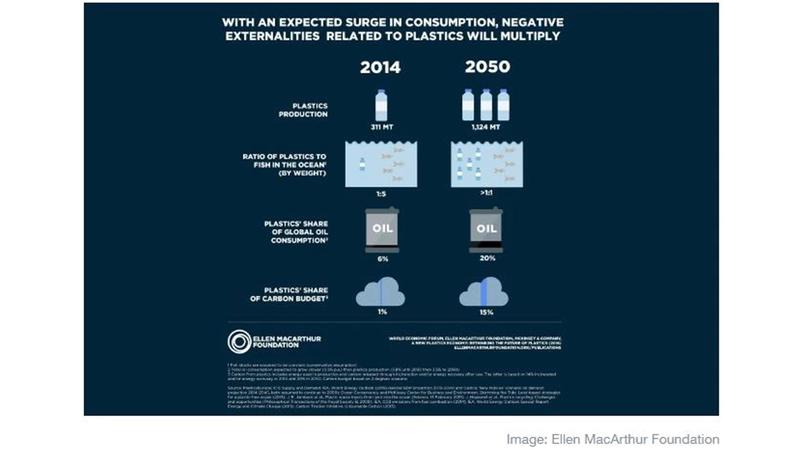 First, while many businesses and governments are mainly focussed on recycling, it is only part of the story, and there is an urgent need to look beyond it. Questioning aspects of the system we’ve come to deem inevitable is a collective responsibility – do we still want disposable carrier bags, for example, that are burned or landfilled after a few minutes of use? Investing in innovative ways of delivering products to people without generating plastics waste, enabled by the new business models, technologies and materials, can help to solve this challenge and provide a $10 billion global opportunity.

Second, for the plastic packaging that is put on the market, more companies ought to follow the lead of the 11 highlighted at Davos today, and design their packaging with what happens to it after use in mind. 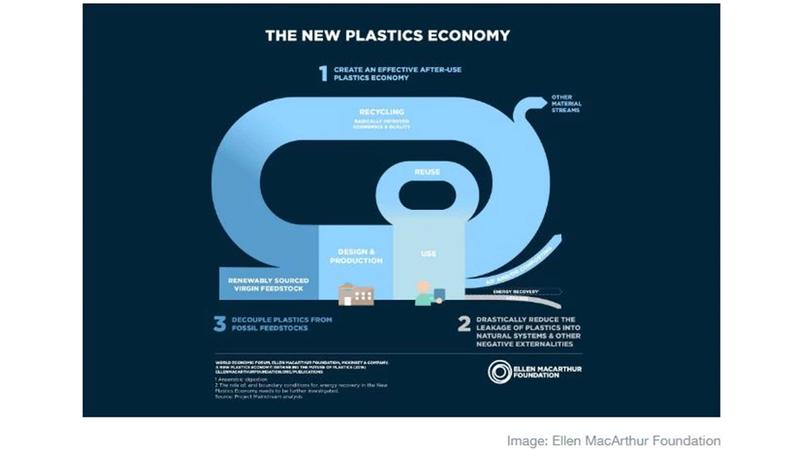 Third, businesses need to collaboratively define a “Global Plastics Protocol”, that provides common direction and definitions. The reality is that the current system is too lenient with ambiguity: terms such as “bioplastic” or “recyclable” can create confusion, and, let’s face it, constitute a safe haven for greenwashing in the worst case scenario. Going one step further, such a protocol could also help industry align on material choices, to guarantee that only compatible materials that can either be recycled, reused or safely biodegraded make the final list.

Finally, a constructive dialogue between industry and policymakers is a prerequisite to make good progress. Policymakers are essential actors to provide the infrastructure and create the enabling regulatory landscape for a circular economy to unfold. Yet, too often in the past, industry and government have been pursuing different, and sometimes conflicting, agendas. Business leaders need to positively engage with governments on the required policies to shift the system, for example the implementation of effective extended producer responsibility schemes.

Given the scale of the issue our models of production and consumption deserve a proper shock, one we need to join forces to initiate, and which will reveal the economic as well as environmental benefits we’re currently overlooking.